The Benefits Of A True Builder! 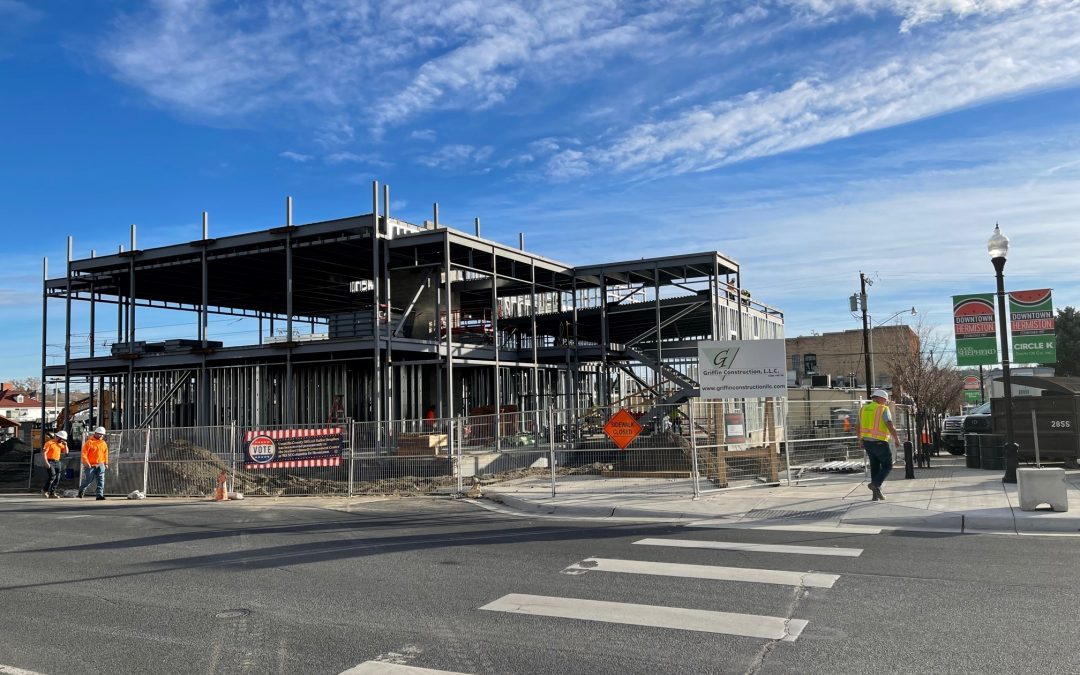 The Hermiston City Hall project faced procurement issues from the very beginning, the job was bid in the height of the COVID-19 pandemic. It was discovered that steel joist and metal decking lead times were near a year right after bid time. The project was scheduled to be nearly completed before these vital components could be procured. In order to construct the new City Hall, the old City Hall had to be demolished leaving the City officials temporarily conducting business in the basement of the library across the street. Delaying the project nearly a year simply was not an option.
Griffin Construction recommended redesigning the structure to keep the schedule of construction on track. Griffin worked directly with the design team to come up with a plan to eliminate structural decking at each floor and form elevated concrete slabs instead. The forming system was designed in house, relying on many years of construction experience. Griffin’s immense experience in concrete and ability to self-perform the forming and pouring of the concrete enabled us to keep costs at a minimum to the owner while still meeting the original baseline schedule.
Now that the floor decking issue was solved, Griffin then tackled the issue with procurement of the steel joists for the roof structure. Griffin recommended changing from the joist system to a structural beam system and worked directly with the design team to come up with a plan. The roof structure was re-designed and erected keeping the construction schedule on track. All the additional work Griffin Construction completed with re-designing the structure was done with no mark up fee charged to the owner! Through teamwork with O-A-C and the fact that Griffin is a self-perform GC, we were able to overcome issues that could have halted this project in it’s tracks!

Whether you are undertaking a brand-new building or just want to update some of your most important features, we are your team. As self-perform contractors, we are able to work faster, safer, and to the highest quality standards. When you are ready to build, we would love to hear from you. Get in touch.